Slay the Dragon!  is your guide to making your mark as a storyteller in this very complex, growing, and ever-changing art form. Aimed at both traditional writers who want to learn interactive narrative, and game creators who want to tell better, more emotionally involving stories, Slay the Dragon!  is written by two creative veterans of both Hollywood and "Nerdyhood." Their unique perspective on the importance of balancing story with gameplay will help you make sense of the confusion in today's environment...where movies are looking more like games, and games are acting more like movies.

ON SALE NOW from Michael Wiese Productions (mwp.com) or your favorite bookseller.

Our reviews have been awesome! Read some HERE. 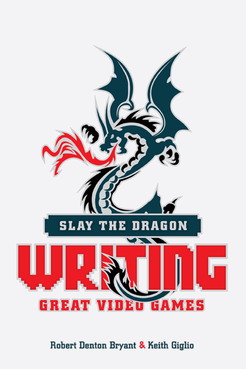 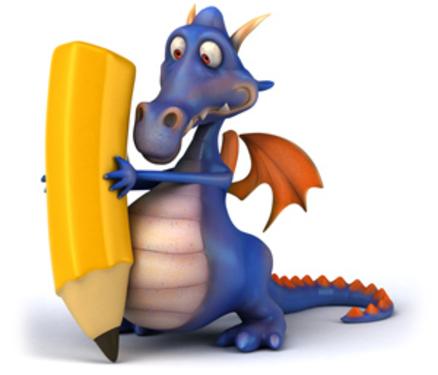 Robert Denton Bryant is Director of the Video Game Development and Animation programs at St. Edward's University in Austin, Texas. He has worked in Hollywood in marketing and production, and in video games as both a publisher and a developer. He has been Executive Producer on dozens of games on platforms ranging from CD-ROMs to iOS, including the best-selling World Championship Poker and Pinball Hall of Fame console game franchises. He is the co-author (with Charles P. Schultz) of Game Testing All-In-One. He has guest lectured about game writing at universities in both the US and Europe, and has taught in the Writers’ Program at UCLA Extension and the Game Art & Design program at Woodbury University. You can follow him on Twitter @thumbcandy.

Keith Giglio has worked as a screenwriter and producer on such feature and television movies as Joshua, Noah, Return to Halloweentown, Walt Disney’s Tarzan, Pizza My Heart, A Cinderella Story and Another Cinderella Story. He has written for Paramount Pictures, The Walt Disney Company, Universal Studios, Warner Bros. Pictures, Spyglass Entertainment, Walden Media, Tokyopop and Platinum Studios. His book Writing the Comedy Blockbuster was published in 2012. He also loves video games and has worked as a narrative designer for the in-house game development studio of a major toy company. Keith currently teaches screenwriting and video game writing at the Newhouse School at Syracuse University. You can follow him on Twitter @keithgiglio.

Buy Slay the Dragon! today from these booksellers:

Thanks for letting us here from you!

"Slay The Dragon’s goal is to teach you how to go about marrying fun, thrilling, and immersive gameplay with rich characters and stories that drive the player forward."  - CareerGamers.com​